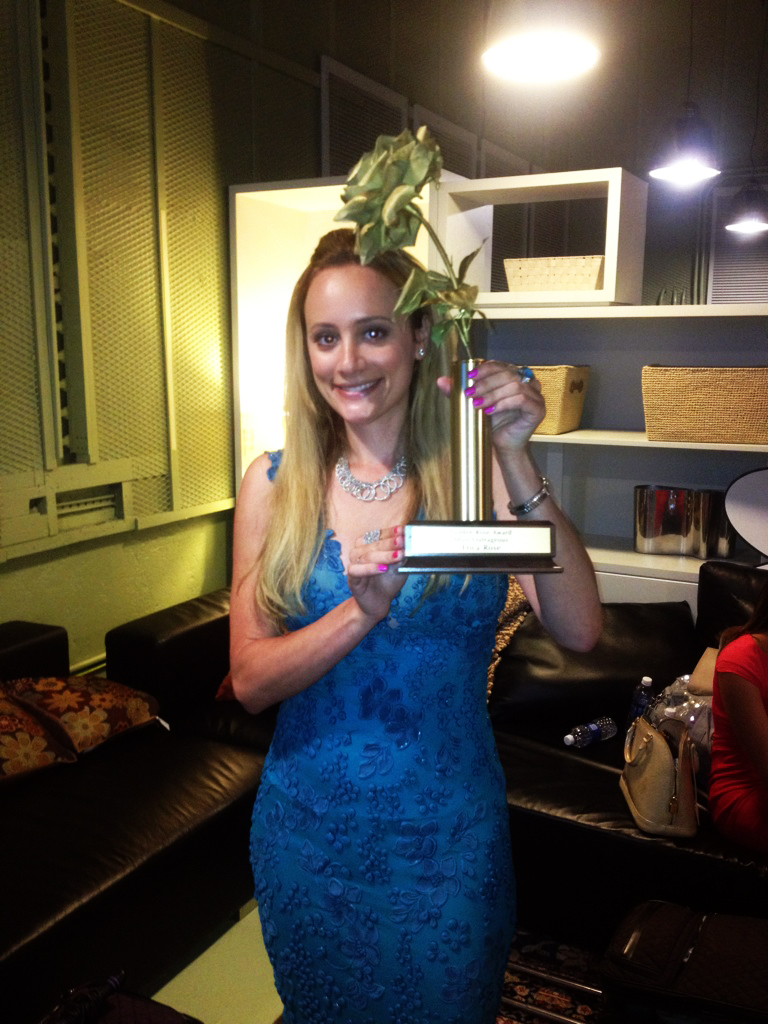 Erica Rose splits her time between Houston and Los Angeles these past few months, but has recently started writing a book — tentatively titled Reality Girl Interrupted — about her journey through the world of reality television and the healing process required in its aftermath.

“I think a lot of us got caught up in the reality TV world and all that drama,” says Rose

Erica turned 30 in April, and has already noted a marked difference from her twenties: She’s studying to take the bar exam in February, and she’s feeling just about ready for marriage. Don’t think that means she’s giving up TV for good, though. Earlier this week, Katie Couric hosted a get-together for The Bachelor franchise alums for her hard-hitting daytime talk show, where Rose reconnected with Vienna Girardi — at different points in time her BFF and her nemesis — and dished on shocking moments of seasons past with Desiree Hartsock, Trista Sutter, Kacie B, Sean Lowe and more.

Erica Rose says she is happy Bachelor Pad is cancelled despite being named one of the most entertaining starlets last season by WetPaint, Katie Couric and others; read the story: http://www.wetpaint.com/the-bachelorette/articles/2013-06-13-which-bachelor-pad-star-is

Below, the “Bachelor” “bad girls” Erica Rose, Vienna Girardi and Courtney Robertson talk about their time on the show, with Erica admitting that her behavior on TV harmed her real-life reputation: (Via Pop To It: Celebrity Culture with a Twist!) 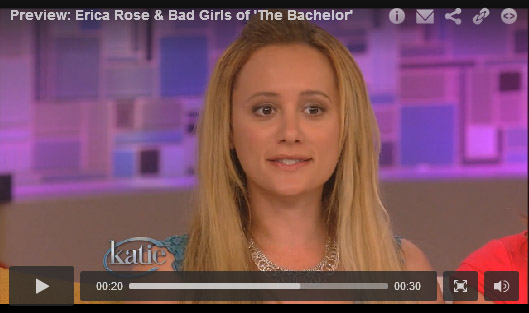 Via Pop To It: Celebrity Culture with a Twist! Review the video above 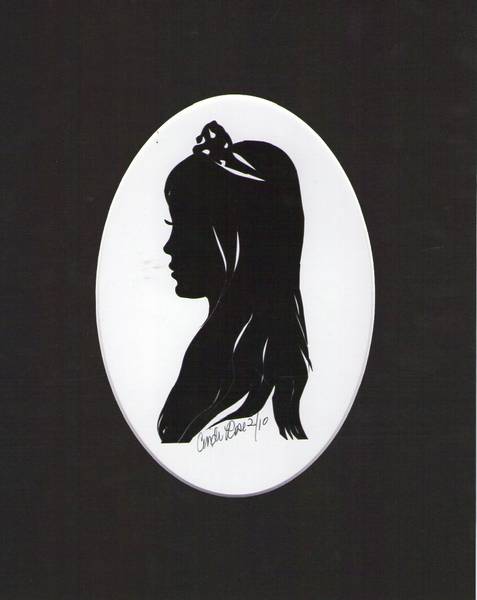 Here a silhouette made by Cindi Harwood Rose, of her popular daughter, Erica with her “TErica”, real tiaras that Erica had designed to go on your “crown chakra” for healing with natural metals and gem-stones.

Do you think she would be a great Bachelorette?  She is beautiful, honest, funny, smart, loves animals, and cooks.  This girl, a theater and creative English writing graduate at Emory University, admits, the personality she created for TV was for “ratings”.  She is really the girl next door, with many friends, the person you can count on, who does volunteer work.  She is actually the director of the Rose Petals division of The Holly Rose Ribbon Foundation 501 ( c ) ( 3 ) and uses her law degree to help the unfortunate with sex trafficking, bullying, and human rights.

Erica’s father is Houston Celebrity Plastic Surgeon Dr. Franklin Rose who has performed plastic surgery on at least 3 of the contestants from the Bachelor franchise.  The doctor, who has operated on the ORIGINAL Bachelorette Trista Sutter recently, along with Bachelor finalists Vienna Girardi and Ella Nolan, laughs when highlighting the business his daughter has brought to his practice in the past few years.

“We’ve had several of her friends stay with us here at the house to recover after their surgeries. My wife Cindi and I even have a special area set up for them. We jokingly call it ‘The Bachelor Guest Quarters.’ ” Franklin Rose tells CultureMap.

Review the celebrity before & after plastic surgery photos here: http://www.plasticsurgeryrose.com/Houston-Before-After-Photos-Cosmetic-Surgery.php

Read all the latest on Erica Rose! Links: 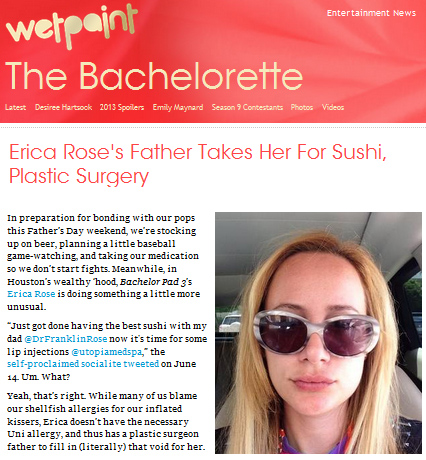 http://www.wetpaint.com/the-bachelorette/articles/2013-06-13-which-bachelor-pad-star-is happy the show is cancelled?